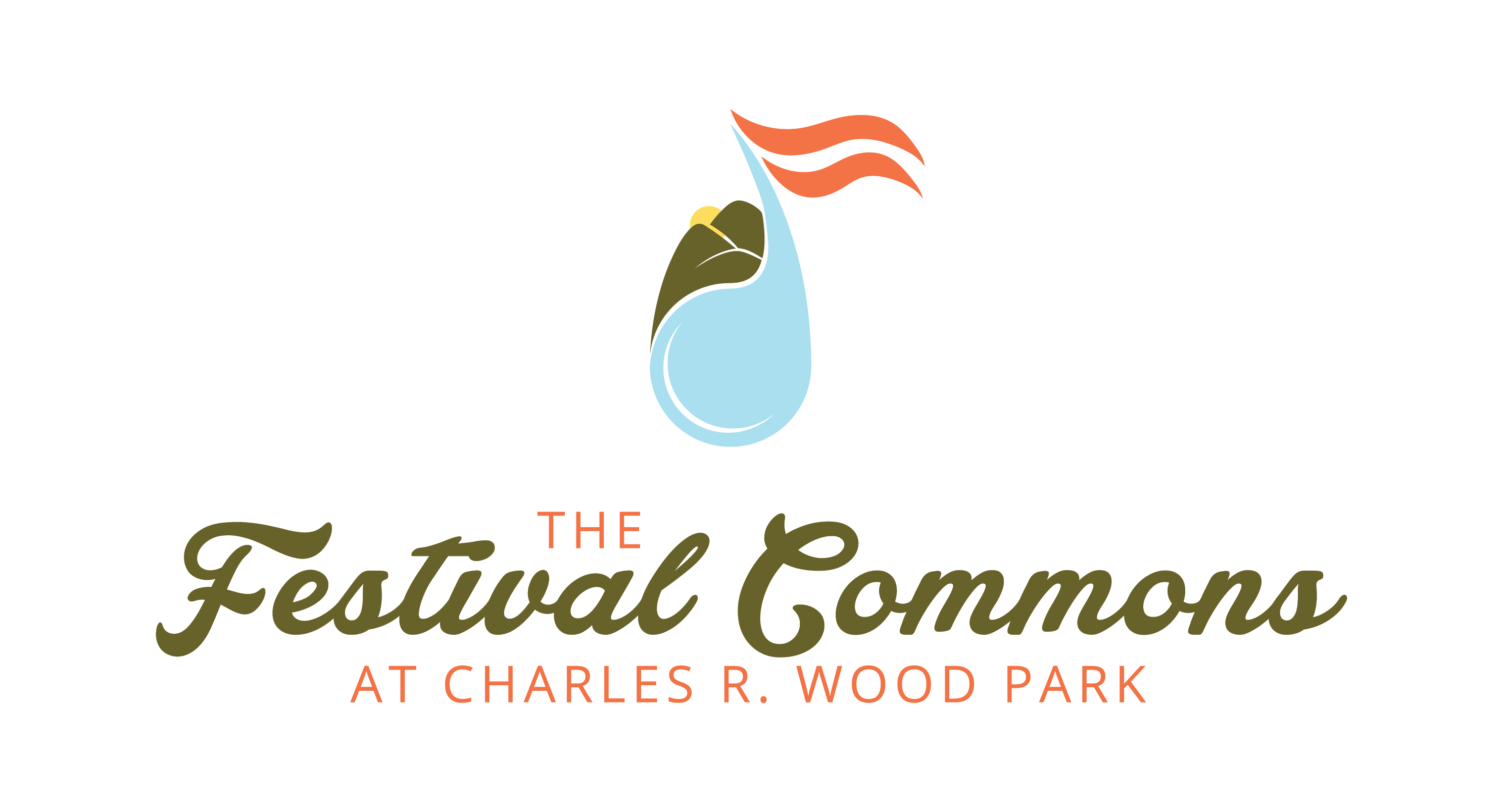 It’s a convention of riders enjoying a week-long festival of motorcycling, including guided tours in the beautiful Adirondack Park, and the Green Mountains of VT.

To participate, most attendees register for a full-week wristband, giving them access to the trade show, the demos, and displays, Americade’s headquarters where many events take place, and much more.

Americade is a gathering of friendly, fun-loving folks, for whom motorcycling is a social hobby, but not some form of rebellion. It’s NOT the place for shows of speed, hostile attitudes, or illegally loud bikes. Americade supports the statement from the former President & CEO of Harley-Davidson:  “Something We Never Want to Lose” and the AMA position that “Loud Pipes Risk Rights.”

Americade is the first full week of June-exception to 2021’s postponement.

HOW DID IT START?

May 1983 marked the first “Cade” in the east. Veteran motorcyclist Bill Dutcher and a small but able staff hosted “Aspencade East ” at Lake George, NY. Social and demo headquarters were at Roaring Brook Ranch. The TourExpo trade show was held at the Glens Falls Civic Center, approximately 10 miles to the south. This first event drew about 2,000.

WHY WAS IT ORIGINALLY NAMED “ASPENCADE”?

Since 1971, there had been a touring motorcycle rally in Ruidoso, NM bearing this name. The name came from an annual civic festival, which celebrated the changing colors of the aspen (birch) trees, by having a cavalcade of horses. Dutcher arranged with Aspencade organizer, Til Thompson, to use the Aspencade name for the eastern touring rally.

In 1986, “Aspencade East” was changed to “Americade”, because the new name better signified the multi-brand national-sized rally it had become. By 1986, total attendance was nearly 10,000, making it the largest touring rally in the motorcycle world. At the same time, Americade’s tradeshow was relocated from the Glens Falls Civic Center to Lake George Village.

For over 20 years the Expo was located at Million Dollar Beach Parking Lot, but in 2018 was moved closer to Americade’s event headquarters, Fort William Henry Resort in Lake George Village, at the beautiful Charles Wood Festival Commons.

For more Americade info, here’s a website put together by a long-time Americade enthusiast: www.americade.info 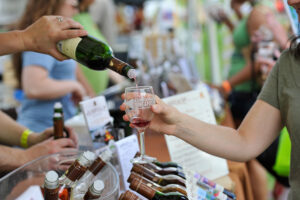 The 6th Annual Adirondack Wine & Food Festival returns to Lake George on June 25 & 26, and you won’t want to miss it! Take your taste buds on an unforgettable journey as you are introduced to New York’s best wineries, craft beverage producers, artisan food vendors, food trucks, craft vendors, and more, all with the beauty of Lake George as your backdrop! The Adirondack Wine & Food Festival is a family-friendly event! All ages are welcome and there will be plenty of exciting children’s entertainment provided.

Save big on tickets by visiting https://adkwinefest.com/discountcode/ for a special discount code! Sign up for their email newsletter at adkwinefest.com/signup for the best ticket discounts and the chance to win FREE tickets every month! Discounts do not apply to VIP or DD tickets.

Big Brothers Big Sisters of the Southern Adirondacks once again joins as the official Festival Beneficiary. Their volunteers will be on hand making sure the festival runs smoothly, including roaming the space with ample bottles of water to keep everyone hydrated.

With admission, you’ll receive a commemorative wine glass to be used throughout the event to sample craft beverages. As a designated NY Farmer’s Market, the Festival offers the perfect opportunity to try before you buy. Whether it’s your newfound favorite bottle of chardonnay, cheddar cheese, or chocolate fudge… each vendor will have their products available for you to purchase and take home with you. Make sure you utilize the FREE drop-off/pick-up tent on the festival grounds so you don’t need to carry your items around with you all day!

Learn more about the 2022 Adirondack Wine & Food Festival at adkwinefest.com 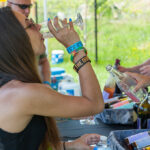 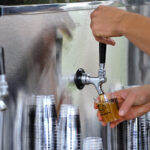 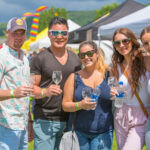 Tickets can be picked up at the Backstreet BBQ & Tap Room located at 75 Dieskau St, Lake George, NY 12845, or guests can pay at the gate the day of the show.

The Festival is a 3-day event from Friday through Sunday from 10am-5pm. The beautiful Charles R Wood Park is a short walk to the Village Center and the Million Dollar Beach. Make it a full summer day or weekend enjoying all that Lake George has to offer during this lovely time of year in the Adirondacks.

Featuring over 125 Artists and Artisans selling their handmade creations in a beautiful outdoor setting.

Live Music in the dining tent all three days by popular local and regional musicians.

Delicious Festival Fare by local and regional food-maven entrepreneurs, as well as refreshing beverages including beer and wine.

Great activities for your children make this a wonderful family-friendly event with something for everyone.

Join Us at the beautiful festival commons in the heart of Lake George for a Rockin’ journey back in time with tribute covers from your favorite bands with classic hits from the Tom Petty Stevie Nicks tribute, kiss, Journey, and even some Dave Matthews band for those 90’s music lovers. This is a family-friendly event and kids under 12 are FREE so bring everyone who wants to rock, enjoy craft beverages, good food, and a FUN atmosphere.

– VIP tickets include a VIP tent with a cash bar, a meet & greet with the bands. Learn more at E1present.com

Check out the main stage itinerary:

Looking for a little more excitement join us as VIP status and enjoy all the perks like meeting the bands getting your picture was taken, a private cash bar, VIP tent w/ special merchandise. Check out E1Presents for ticket options and more info.

The Festival is a 3-day event from Friday through Sunday. The beautiful Charles R Wood Park is a short walk to the Village Center and the Million Dollar Beach. Make it a full summer day or weekend enjoying all that Lake George has to offer during this lovely time of year in the Adirondacks. 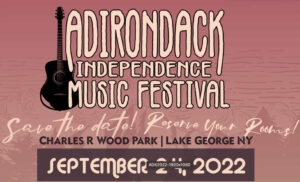 This three-day, multi-band event will feature several of the premiere touring bands currently on the festival circuit. Located at the beautiful Charles R. Wood Festival Commons in the heart of Lake George, NY, the festival prides itself on high-quality production and an amazing atmosphere that is suitable for all ages.

The Charles R. Wood Park is a 12.5-acre area and home to the Festival Commons, located on Beach Road at the southern tip of Lake George. The park features the 2.5-acre festival space, an ideal location for special events as it is a multi-purpose facility, accessible year-round. The park has a children’s adventure playground, an environmental interpretive area, an interactive water feature, and a skatepark.

Hear the roars of the thundering engines –  The 33rd Annual Adirondack Nationals Car Show is here!

The festival area is a paradise for true car aficionados. Here they’ll find automotive related items like parts, equipment, services, and much more.

Cruises on Canada Street Friday and Saturday are a sight to see! Lake George Village is transformed into a sea of hot rods, classic trucks, customs, and more! Either show your own registered car off, or watch classic cars of every make, model, and color cruise Canada Street. Cruises run north to south on Canada Street, then back the way they came.

Not into cars? You’ll still love the car show! There are all kinds of family activities, a Women’s Oasis, a kid’s coloring contest, fireworks, 50/50 raffles, plenty of vendors, DJ music all day long, tours of the Fort William Henry Museum, free trolleys to the Factory Outlets of Lake George, and lots more.

The 50/50 raffle is held twice a day on both Saturday and Sunday. Raffle tickets are only $5.00! Winners will be announced during the award ceremonies, and you must be present to win. All proceeds are given to charity.

The children’s coloring activity is perfect for kids 12 and under who want to take a break from all of the cars. Kids color their favorite cars ! Held in the rear of the hotel overlooking the lake on Saturday from 10:00 am until 2:00 pm.

Please do not bring your dogs – it’s a safety policy in the interest of your “best friend” and the public.
NO DRONES – flying of any motorized object is prohibited on Fort William Henry property.

The 2021 show vehicle Registration is now CLOSED. See you all at the show!

Below is the schedule from 2021 to give you an idea of what to expect for 2022’s 33rd Annual Adirondack Nationals!